Biofuels group offers thanks to congress

Riviera Resources to exit upstream and focus on Oklahoma holdings 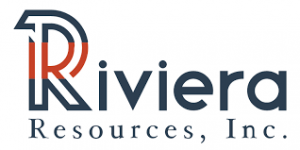 After completing over $500 million worth of asset sales since its spin off from Linn Energy, Riviera Resources Inc. is now looking to exit the upstream space altogether and focus on Oklahoma assets.

In announcing its second quarter results, the Houston-based oil and gas company indicated it will continue selling its remaining upstream assets and make more of an emphasis in its multibasin portfolio in Oklahoma.

The company announced that it has signed a definitive agreement to sell its interest in certain properties located in the Anadarko Basin in Oklahoma.  The transaction is expected to close in the fourth quarter of 2020 for a contract price of $15.8 million.

The properties are located in 14 counties throughout central and northwest Oklahoma, and consist of approximately 2,100 wells with average second quarter net production of approximately 28 Mmcfe/d. As previously announced, the Company has signed a definitive agreement to sell its North Louisiana assets for a contract price of $26.5 million that is expected to close in the third quarter of 2020.

David Rottino, Riviera’s President and Chief Executive Officer, commented, “So far in 2020, we have closed four transactions for approximately $69 million, recently announced the sale of our interest in properties located in North Louisiana and the Anadarko Basin in Oklahoma for a combined contract price of $42.3 million and have engaged EnergyNet to market our remaining upstream assets. Once we close these remaining transactions, it will result in a complete exit from the upstream business. In addition, we continue to work closely with Tudor, Pickering, Holt & Co to explore a potential sale or merger for Blue Mountain.”

Blue Mountain Midstream LLC is a gathering and process business focused in the STACK, SCOOP and Merge plays of Oklahoma.

Riviera formed in 2018 through the spin off of Linn Energy’s portfolio of mature, low-decline assets located throughout the U.S.