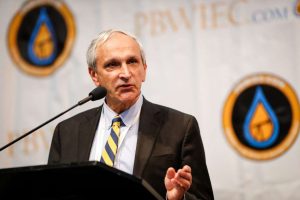 The administrator over the Environmental Protection Agency region that covers Oklahoma and Texas says the Trump administration’s rollback of Obama-era methane emissions rules will save millions for the oil and gas industry.

Ken McQueen is the Region Six administrator and addressed the rollback during a weekly Oilfield Strong webinar. The Midland Reporter-Telegram reported that McQueen said the EPA’s rollback will save an estimated $97 million between 2019 and 2025.

The rules had required twice-yearly inspections of equipment installed after 2015 at well sites and downstream segments such as pipelines, compressor stations and storage tanks. Those rules applied not only in Texas, but Oklahoma.

“The reason is, the EPA found regulations of both VOCs and methane to be duplicate. Control of VOCs also reduced methane emissions, so the methane limitations were redundant,” he said.

The rollbacks were to ensure sound public policy changes to EPA rules that do not unnecessarily burden the development of domestic oil and gas resources, he said.

“That’s especially important for smaller and mid-size operators who are responsible for 80 percent of oil and gas production and were disproportionately impacted by the regulations,” McQueen said.

Click here to read more at the Midland Reporter-Telegram,