Rig count is stable in Oklahoma but slips in the rest of the U.S. 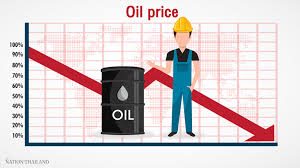 Increased tensions between the U.S. and China are blamed for causing a slip in oil prices in Friday’s trading, this after President Donald Trump imposed a sweeping but unspecified ban on dealings with the Chinese owners of consumer apps Tik Tok and WeChat.

West Texas Intermediate crude for September delivery dropped 73 cents or 1.7% and closed at $41.22 a barrel on the New York Mercantile Exchange. October Brent crude fell 69 cents or 1.5% to finish at $44.40 a barrel in trading on ICE Futures Europe.

The pair of executive orders banning transactions with Chinese social-media companies signed by Trump late Thursday take effect in 45 days. Oil shifted lower in Asian trade after the announcement, showing “that when it comes to geopolitical risk, Asia oil traders (and most for that fact) have an unfortunate predisposition to heightened U.S.-China tensions,” said Stephen Innes, chief global market strategist at AxiCorp., in a note.

Meanwhile, investors have remained fairly upbeat in the face of a reduction in production curbs by major producers that took effect on Aug. 1 according to MarketWatch.

Saudi Arabia on Thursday lowered its official selling price, or OSP, for crude into Asia and Europe by 30 cents. Analysts said the move came as a relief to traders who had feared a steeper cut in a bid to take market share from rivals.

But the cut still suggests the global market isn’t absorbing physical crudes as cleanly as a month ago, said Michael Tran, analyst at RBC Capital Markets, in a note.

“The cut to OSPs is a sign that the market is struggling to absorb the easing of the OPEC production cuts as additional barrels [return to the] market,” he wrote, referring to an easing of curbs by the Organization of the Petroleum Exporting Countries and its allies, a group known as OPEC+, beginning this month.

Tran noted that China has played an oversize role in soaking up supplies, which means any slowing of Chinese imports will show up in softer physical pricing. Meanwhile, refinery margins remain soft across most regions, while the U.S. and Europe have seen stagnating traffic patterns in recent weeks.

“We continue to have a cautious outlook,” he said, particularly coming into the end of the summer driving season, “as abysmal refining margins could result in economic run cuts, or demand destruction for crude.”

A further decline in the number of U.S. oil rigs did little to move prices in early afternoon trade. Oil-field services firm Baker Hughes said the number of rigs fell by four this week to 176.

A lack of progress in talks between congressional Democrats and the White House over additional coronavirus aid was also a potential weight on crude prices, as it could represent a threat to consumer demand, analysts said. Talks were set to resume Friday despite a wide gulf on key issues.

Meanwhile, the U.S. currency was on the rise, with the ICE U.S. Dollar Index DXY, +0.65%, a measure of the greenback against a basket of six major rivals, surging 0.8%. Dollar weakness, which saw the index slump more than 4% in July, was seen providing support for oil and other commodities priced in the unit. A weaker dollar makes them less expensive to users of other currencies.

Oklahoma related energy firms were mixed in Friday’s trading. SandRidge Energy finished up 8.28% or 13 cents to settle at $1.70 per share.