Oil and gas campaign money flows to the President 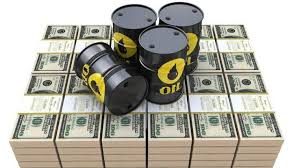 Data from the Center for Responsive Politics shows oil money has gone to the President’s re-election efforts in the 2020 campaign.

According to the data as of August 2020, President Trump has received US$936,155 in contributions from the oil and gas industry, compared to just US$265,397 that the industry donated to Joe Biden reported Oilprice.com.

In the previous election cycle, the difference between the Republican and Democratic candidates was significantly smaller. President Trump had received US$1.2 million in contributions from the oil and gas industry in 2016, compared to US$1 million received by Hillary Clinton.

Topping the list of the oil and gas industry’s contributions to all political candidates and parties in the 2020 election cycle is, unsurprisingly, Koch Industries, according to the Center for Responsive Politics data. Other major contributors include Chevron, Marathon Petroleum, Energy Transfer Partners, ExxonMobil, and ConocoPhillips.

Since becoming President, Trump has shown support to the oil industry and major oil pipeline projects, including by opening more federal areas to drilling and reviving the Keystone XL pipeline project that President Obama had rejected.

Keystone XL continues to face legal hurdles to starting construction, but the Trump Administration has supported the oil and gas industry more than any other administration in recent history.

President Trump has touted America’s ‘energy independence’, thanks to shale production, and recently vowed in a speech in Midland, Texas, that the oil industry would never again be reliant on hostile foreign suppliers.

Biden, for his part, has recently unveiled a US$2-trillion clean energy package but has said that he wouldn’t ban fracking if he becomes president.

Still, the oil industry in Texas fears a President Biden. Texas oil and gas executives have a lot on their minds right now, but their worst fear for the next twelve months is neither the recession nor the pandemic—it’s the possibility that President Biden will win the White House.

According to a recent survey of the University of Houston’s Hobby School of Public Affairs among members of the Texas Oil and Gas Association (TXOGA), 76 percent of oil and gas executives in Texas say that the election of Joe Biden is the top threat to the economic well-being of their companies.