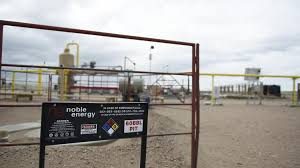 Colorado’s second largest oil producer, Noble Energy has reopened the producing wells it shut-in during April and May.

The Houston-based company indicated in its second quarter financial earnings report that 80% of its well shut-downs occurred in Colorado’s D-J Basin. During the quarter, the D-J Basin production was 144 MBoe/d and the company operated only 1.5 rigs including one in the DJ and half-a-rig in the Delaware Basin of Texas.

Details of the shut-in wells were also revealed in the quarterly report. Noble said it curtailed on average approximately 11 MBbl/d  for the second quarter 2020.  But the company also stated, “With significant improvements to operating costs and netback pricing, the majority of curtailed volumes were brought back on production by the end of July 2020.”