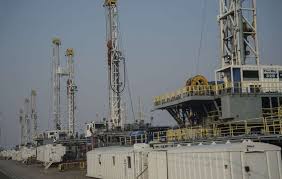 Well-services provider Baker Hughes reported the nation’s rig count was unchanged in the past week and Oklahoma numbers remained at only eleven working rigs, same as a week ago.

The latest nationwide figures from the Houston-based company showed Oklahoma’s count of 11 rigs compared to 80 a year ago. Nationally, the count remained at 254 but included a decline of three oil rigs to 180 and an addition of three gas rigs to 72.

The national count is 650 fewer than the 904 reported one year ago. Oklahoma’s count compared to 107 in Texas where the count declined by one. The count in Texas a year earlier was 441.

The Red Top Rig Report published by the Independent Oil and Gas Service in Wichita reported the Kansas rig count jumped by 7 to reach eleven working rigs in the past week. Colorado was unchanged at five.

Louisiana saw an increase of two to 34 while New Mexico’s count dropped by one to 46 rigs, still far below the 108 last year at this time.

North Dakota stayed at 10 working rigs while Wyoming continued with only one working rig.

The Granite Wash in Oklahoma and the Texas Panhandle reported one rig while the Mississippian has none. The Permian Basin, the nation’s most active shale region saw a decline of two to 125 rigs, far below the 429 last year at this time.