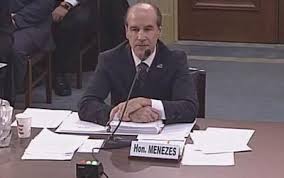 When the U.S. Senate voted Tuesday to confirm Mark Menezes to be deputy Energy secretary, he had the support of Oklahoma U.S. Sens. Jim Inhofe and James Lankford. But not of Iowa’s two senators and their opposition stems from the fight over biofuel blending requirements—those fought by at least one Oklahoma refinery and other small operators.

Sens. Joni Ernst and Chuck Grassley opposed the selection of Menezes as well as the long list of pending, retroactive waiver requests from small oil refineries for exemptions from the blending requirements.

They expressed concern Tuesday that the Energy Department was reviewing petitions it had already reviewed reported POLITICO.

“Given the uncertainty with the ‘gap year’ small refinery waivers, the wasted time and resources to score the waivers again, the lack of transparency in the entire process, and most importantly, the toll this has taken on Iowa’s farmers and biofuel producers, we could not in good faith support Mr. Menezes at this time,” the pair said in a statement.

Grassley tweeted Tuesday that DOE had finished up its review of the gap waivers, sending them off to EPA. Meanwhile, Reuters reported DOE recommended that EPA grant partial relief to “a number” of the refiners.

Ernst and Grassley also sent a letter to Menezes that the administration has been too willing to grant refiners’ requests to shield the information on claims of confidential business information, preventing Congress from conducting oversight of the small refiner exemptions process, Anthony reports .

“While you state that specific company names, number of petitions, and the year of the petition are considered CBI, we would ask that you provide a legal opinion on how providing such basic information could cause damage outweighing the public’s right to know about decisions its government is making,” the Republican duo wrote. 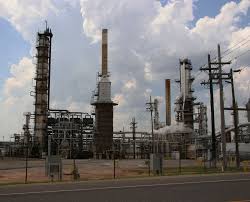 One of firms that requested an exception is CVR Refinery in Wynnewood, an operation that lost a 10th U.S. Circuit Court of Appeals decision earlier in the year. It was a ruling that opened the political wounds between ethanol supporters and refinery operators who contend the blending requirements are too economically damaging to them.