Trump says Harris is against the oil industry

Group in talks to buy part of Cheniere Energy Partners 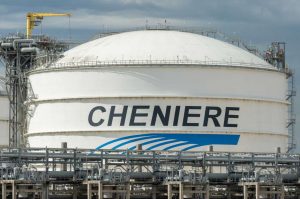 The position is worth an estimated $7.8 billion. Cheniere Energy Partners not only operates the Sabine Pass liquefied natural gas export terminal in Louisiana on the coast of the Gulf of Mexico but recently completed the Midship gas pipeline in Oklahoma. It is a master limited partnership that is a subsidiary of the country’s largest LNG producer, Cheniere Energy .

Bloomberg reports the infrastructure arm of Brookfield is talking with Blackstone about acquiring the stake, which the private equity firm began shopping to several potential deep-pocketed buyers last month. Yet David Foley, head of Blackstone Energy Partners (the energy-focused limited partnership of Blackstone), said almost a year ago it would entertain serious offers from buyers for Cheniere.

“We’re very happy with the investment,” he told S&P Global Market Intelligence last September, referring to the $1.5 billion Blackstone invested in Cheniere in 2012. “It’s great. If someone else sees that value and wants to make an offer, we’d have to consider it.”

LNG exports have plunged over 60% in 2020, with the Sabine Pass terminal hit especially hard. Data from the U.S. Energy Information Administration shows exports hit a record high of 8 billion cubic feet per day (Bcf/d) in January, but have since fallen to an average of 3.1 Bcf/d in July.

Representatives from Brookfield, Blackstone, and Cheniere declined to answer Bloomberg’s questions about the negotiations.