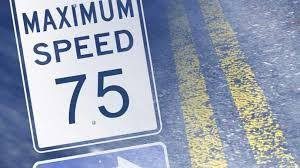 It’s only taken a year for Oklahoma’s Transportation Commission to act on raising speed limits on most parts of Interstates 35 and 40 and the action came a week after the Oklahoma Turnpike Authority did the same thing.

It was last year when the legislature approved House Bill 1071 which gave the transportation boards the authority to increase speed limits to 75 mph on rural interstates and 80 mph on rural turnpike.

By a vote of 6-2 with Transportation Commissioners Don Freymiller and Bob Peterson casting votes against it, the Commission adopted the increase. It could be another two months before signs are posted. 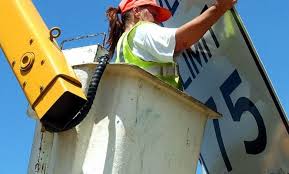 The increase from 70 mph to 75 mph on Interstate 35 will apply to more than 90 miles from the Texas state line to near Purcell. A nearly 87-mile stretch of I-35 from near the Oklahoma-Logan county line to the Kansas state line will also be raised to 75 mph.

A 116-mile stretch of I-40 from east of Shawnee to near Sallisaw close to the Arkansas state line will also see a 75-mile an hour speed limit. Drivers in the Oklahoma City area will not see an increased speed limit.

Last week, the Turnpike Authority voted to increase the speed limit on some parts of six Oklahoma turnpikes to 80 mph.

Transportation officials warned drivers that state troopers will rigidly enforce the speed limits. However, since the legislature adopted the increased speed limit measure last year, traffic on parts of I-35 and I-40 routinely traveled at 75 to 80 mph.