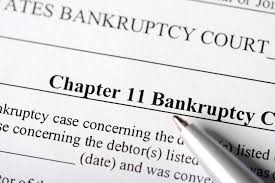 Chesapeake Energy’s bankruptcy move to cancel a nearly $300 million contract won’t be quickly approved in court as the Federal Energy Regulatory Commission has entered the fight.

Chesapeake ignited a fight when it asked the U.S. Bankruptcy Court in Houston to approve breaking pipeline contracts, including with Energy Transfer and Crestwood Equity Partners.

The Federal Energy Regulatory Commission (FERC) in a filing this week argued that it should have equal say with the bankruptcy court over regulated pipeline contracts. FERC recently sought to have its voice included in contract disputes including with bankrupt utility PG&E Corp.

“(A)ny court that decides the debtors’ (Chesapeake’s) motion to reject will have to consider the intersection of the bankruptcy code and non-bankruptcy federal law,” said U.S. Attorney Ryan Patrick, who is representing FERC in the case.

Energy Transfer wants to keep its contract, insisting it is more complex than many canceled in bankruptcy courts in the past.

It also has won Trump administration support for its fight to continue its Dakota Access crude oil pipeline. Company chief Kelsey Warren has been a donor to the president.

Chesapeake, the largest oil and gas producer to file for protection from creditors in at least five years, wants to rid itself of $7 billion in debt and expenses including the pipeline contracts.

Pipeline operator Tallgrass Energy separately has sought to prevent bankrupt Ultra Petroleum from cancelling a contract. It has asked FERC to intervene on cancellation of pipeline contracts through bankruptcies.

“It fundamentally comes down to an argument that these contracts have unique aspects and that FERC is the one that can tell the difference,” said Rick Smead, managing director for advisory services at RBN Energy.

The Ultra Petroleum decision is expected to land first and could have implications for many other contract rejection legal disputes in the future, Smead said.