Oil and gas scholarships are handed out in Oklahoma 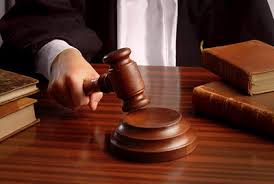 A federal judge appeared to open the door to allowing Energy Transfer to continue operating the Dakota Access Pipeline while it appeals an earlier decision that the Trump administration didn’t conduct a proper environmental review.

POLITICO reported D.C. District Court Judge James Boasberg wrote in a motion Monday asking the Corps for its options in the case, and requesting the Corps and the native tribes fighting the pipeline to “discuss in good faith mitigation measures that could lessen the likelihood and severity of any oil leak in or around Lake Oahe.”

The motion seems to walk back Boasberg’s earlier stance that Energy Transfer had to shut DAPL down while the Corps completed the review, a motion that an appeals court struck down. DAPL’s fate continues to be up in the air, but it seems certain that it will continue transporting oil for the next month at least, ClearView Energy Partners said.

“The second part of Judge Boasberg’s directive may leave the door open to continued operations not just during the pending appeal, but also while the Corps undertakes an Environmental Impact Statement (EIS), should the pending appeal of Judge Boasberg’s rulings to the D.C. Circuit fail,” the energy analytics firm wrote in a client note Monday evening.