EPA settles with Utah over Gold King mine disaster 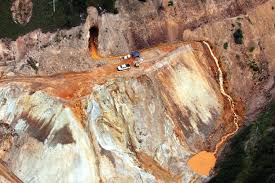 Remember the Gold King mine disaster in southern Colorado five years ago?

EPA and Utah officials reached a settlement to resolve the state’s legal claims related to the Gold King mine disaster that spilled 3 million gallons of wastewater five years ago.

As part of the settlement agreement , Utah will dismiss its legal claims against EPA and its contractors, while EPA committed to “meaningful and substantial involvement” from Utah in its work to address contamination at the Bonita Peak Mining District Superfund site that includes the Gold King mine.

EPA will also act on Utah’s application for $3 million in Clean Water Act funds for various projects, as well as initiate Superfund assessments of several abandoned mine sites in the state by the end of 2021. 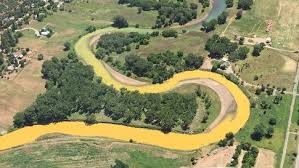 At the time of the disaster, Oklahoma U.S. Sen. Jim Inhofe was chairman of the Senate Environment and Public Works Committee and criticized the EPA and the Interior Department following a 2015 report.

“The Department of the Interior’s report of the Gold King mine incident raises significant new questions about the events leading up to the spill and why EPA and its contractors ignored the risks that led to the blowout,” said Inhofe. “It is astonishing that the Bureau of Reclamation had the lead for conducting this so-called independent review when, as we now find out, Reclamation had played such an extensive role over several years in advising EPA about the cleanup of abandoned mine sites in the Animas River basin.”