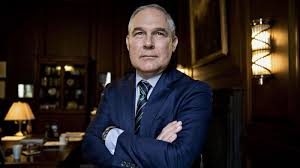 Scott Pruitt wasn’t among them but at least six former Environmental Protection Agency Administrators have called for a “reset” of the EPA following the Trump administration’s regulation reduction steps.

Pruitt, the former Oklahoma Attorney General who was named EPA Administrator in 2017 only to resign in July of 2018 amidst a political scandal did not join the previous administrators. After all, he was part of the administration’s efforts to roll back some of the Obama administration-era rules and regulations.

Wheeler spokesman James Hewitt responded by saying the previous administrators “botched” environmental matters when they were in office.

The reset call by the former administrators was part of a presentation by the Environmental Protection Network, a bipartisan group of more than 500 former EPA senior managers and employees.