Oil and gas scholarships are handed out in Oklahoma

Congressman offers praise for OU in getting federal geothermal grant 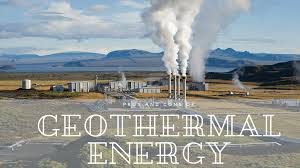 “I am very proud to hear that the Department of Energy is equipping and empowering the University of Oklahoma to pursue a groundbreaking project to unleash safe and sustainable energy,” said Congressman Cole. “Widely recognized as a center for scientific excellence and innovation, OU’s contributions will indeed be critical in honing production and refining the use of geothermal energy.”

The University’s geothermal energy research project was selected for funding support by the Office of Energy Efficiency and Renewable Energy’s Geothermal Technologies Office at the U.S. Department of Energy (DOE).

“OU’s innovative project, led by Ahmad Ghassemi, the McCasland Chair professor of petroleum engineering at the Mewbourne College of Earth and Energy, has enormous potential to open up new avenues to extract geothermal energy from the earth’s subsurface at low cost. Success in the development of this important clean energy technology will no doubt have significant, real-world impacts for Oklahoma, the nation and the world,” said Tomás Díaz de la Rubia, OU vice president for research and partnerships.

OU’s project was one of three chosen to receive a combined $10.4 million through the Geothermal Wells of Opportunity Funding Opportunity Announcement.

All three projects were selected for supporting and furthering research and development in line with DOE’s Frontier Observatory for Research in Geothermal Energy (FORGE) initiative, which seeks to enable cutting-edge research, drilling and technology testing to identify a replicable, commercial pathway to enhanced geothermal systems.

Learn more about the projects recently selected by DOE here.