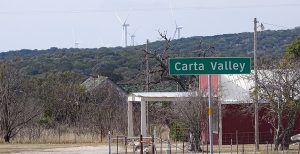 A political battle is underway over a wind farm development at the Texas border with Mexico. Some of it is  because the Blue Hills Wind project that could bring more than 40 wind turbines to Val Verde County is backed by the Chinese.

Some believe its future is in doubt because of the Trump administration’s critical relationship with the Chinese government.

E and E News reports the project is drawing heat from wide-ranging opponents, including politicians like Sen. Ted Cruz (R-Texas) and Rep. Will Hurd (R-Texas) as well as landowners and conservationists. Even the Sierra Club, a strong supporter of renewable energy, doesn’t favor a wind farm at the current site.