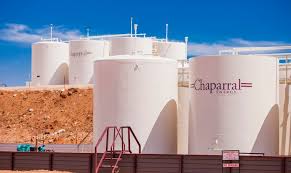 While dealing with the economic challenges brought upon the oil and gas industry by the COVID-19 pandemic, Oklahoma City-based Chaparral Energy has entered into a second forbearance agreement with its lenders. And for a second time, it has avoided a more than $13 million payment on its notes.

The company stated in a late-July filing with the Securities and Exchange Commission that it had reached a second amended agreement extending until Aug. 9, 2020.

The first amended forbearance agreement began July 15 and expired on July 29. On the 29th, the company reached the second amendment under which the lenders agreed to forbear from exercising any remedies under the original 2017 credit agreement for any default or failure by the company to make any of the required interest payments.

The payments include those related to the company’s 8.75% senior notes due 2023. The second amendment took effect July 30 and is scheduled to end on Aug. 14, 2020. As indicated in the first amended agreement, Chaparral “elected not to make the approximately $13.1 million interest payment with respect to the notes.”