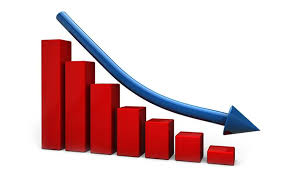 Noble Energy, Inc., the company set to be acquired by Chevron later this year, is out with its second quarter earnings report showing a $408 million or 85 cent a diluted share loss.

“Noble Energy’s second quarter results reflect strong operational execution against the backdrop of the challenging global economic environment that impacted financial outcomes across our industry. Through the recent pandemic, our teams have stayed focused on safety, returns, and cost control, and I am pleased with our accomplishments in the first half of the year,” he said.

Net cash provided by operating activities was $82 million and was impacted by a working capital change in the quarter of ($303) million, reflecting the slowdown of capital activity from first quarter levels.

During the second quarter, the Company repaid $675 million of the $1 billion revolver draw which occurred in the first quarter of 2020. Financial liquidity at the end of the second quarter 2020 totaled $4 billion, comprising $324 million of cash on hand and revolver borrowing capacity of $3.7 billion.

Revenues for the second quarter 2020 were impacted by weak commodity pricing as a result of the COVID-19 pandemic and global supply/demand factors. The Company’s U.S. onshore oil price realizations (before hedges) averaged $22.30 per barrel and NGL pricing averaged $7.51 per barrel.During the second quarter, Noble Energy’s hedge portfolio delivered $106 million in cash proceeds, primarily from oil positions.

Adjustments from the Company’s second quarter net loss included a $264 million loss on commodity derivative instruments, net of cash settlements. In addition, the Company recorded a $51 million asset impairment related to the Felicita project in Equatorial Guinea and $30 million in corporate restructuring costs that were included in other operating expense.