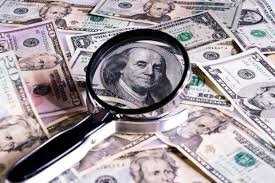 A federal judge in Fayetteville, Arkansas has refused to dismiss criminal charges against two men accused of scamming investors in a proposed wind-farm project in Elm Springs.

The indictment claims that Davis and Ridings of Dragonfly scammed six investors in Northwest Arkansas and southwest Missouri.

Davis was CEO of Dragonfly Industries International, LLC, which sought to build a wind farm on 300 acres near in Elm Springs for electric power generation in 2015.

The city voted to annex the land for the project, but later repealed it when learning of Davis’ past criminal history.

According to the Associated Press, Davis had a history of fraudulent transactions and misleading investors.

The AP reported in 2016 that Arkansas officials said Dragonfly sold three investment contracts that were not registered; that Davis failed to tell investors he was convicted in 2009 in Oklahoma of wire fraud and money laundering; and that he told investors a $10 million federal grant was imminent when the U.S. Department of Energy had previously said the project was unlikely to receive the grant.