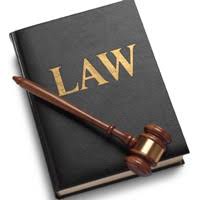 NextEra Energy isn’t giving up after a judge in Hutchinson, Kansas recently ruled against the company and its plans for a Reno County wind farm.

The Hutchinson News reported a scheduling hearing on the lawsuit over the proposed Pretty Prairie Wind Farm was canceled on Thursday after attorneys for the developer filed a motion seeking an immediate appeal to a higher court on a recent ruling by District Judge Tim Chambers.

The motion asks Chambers to make a finding that his May 21 ruling on a motion for summary judgment “involves a controlling question of law as to which there is substantial ground for difference of opinion, and that an immediate appeal from the order may materially advance the ultimate termination of the litigation.” 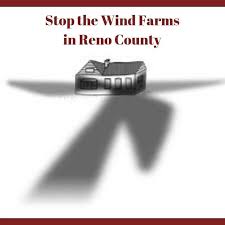 Attorneys representing Reno County and landowners who filed petitions in opposition to the development have not yet filed a response to the motion for the appeal, which is called an interlocutory appeal because it’s coming in the middle, not at the end of the case, like a normal appeal.

If Chambers grants the motion – and the appellate court accepts it – court officials said it will likely take another year to get a ruling from the higher court, by which time Chambers will have retired and the case will have to be reassigned.

Pretty Prairie Wind LLC, a subsidiary of NextEra Energy that was created to build and operate the wind farm in southeast Reno County, filed the suit. 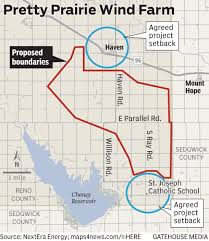 It contends, among other issues in the suit, that petitions circulated by landowners seeking to require a unanimous vote of the Reno County Commission to grant a conditional use permit for development of the wind farm had to be signed in front of a legal notary or they were invalid.

If Chambers had agreed, that would end the suit because a sufficient number of the petitions would be invalidated, and the permit would have to be granted on the county commission’s 2-1 vote.

Chambers did find that the developer was correct in citing which law should be followed in circulating the petitions, which was different than the county argued.

However, he also found that a statement contained on the petitions that they were being signed under “penalty of perjury” was legally sufficient and a notary was not required.

In its motion, the company cites a statement made by Chambers when he made his ruling, which was done orally from the bench.

“Whether I’m right or wrong on that I suppose the Court of Appeals or Supreme Court may well decide that in the future, but that’s my interpretation,” he said.

In the event the appellate court agreed with the developer, the motion notes, that would terminate the case “without the need for discovery and trial of the remaining claims.”

“Plaintiffs respectfully suggest that it is in the best interests of the parties to obtain appellate review of the order denying partial summary judgment prior to engaging in this expensive and time-consuming process,” the motion states. “In addition, substantial judicial resources may be conserved.”