Tulsa “very much in this” to win Tesla truck plant

Was Elon Musk exposed to COVID-19 when he visited with Oklahoma Governor? 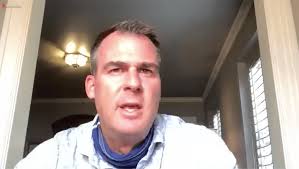 Oklahoma Governor Kevin Stitt’s testing positive for COVID-19 has raised questions among some about whether Tesla’s Elon Musk might have been exposed during his recent trip to Tulsa.

Tulsa is one of two finalists for the company’s new Gigafactory. The other being Austin, Texas.

It looked like Texas was the winner after Tesla made a move on a $5 million piece of land, and local officials approved more than $60 million in tax breaks according to Manufacturing Net.

But it looks like Tulsa is still in this fight for the $1.1 billion factory and up to 20,000 eventual jobs.

The production facility will start with 5,000 to 7,000 new jobs and make Tesla’s electric Cybertruck and Model Y SUV.

Tulsa has done much to lure Tesla, from repainting a statue to look like CEO Elon Musk, to offering employees free pizza. Tax breaks are still unknown, but Tesla reps may have received something else unexpected: potential COVID-19 exposure.

Musk and other employees flew into town in early July to check out potential sites and meet with Oklahoma Governor Kevin Stitt.

Then, on July 15, the governor announced that he tested positive for COVID-19, according to Reuters.

A governor spokesperson said Musk wasn’t at risk for contracting the virus, but Tesla has yet to comment on whether or not the employees have been tested.

At last word, Gov. Stitt was in quarantine at the Governor’s mansion.  His wife and children were also tested but results were negative.

The Governor indicated he decided to be tested after he began feeling fatigued.