Passed with support from Oklahomans, USMCA is in effect

Wind/solar project coming to Oklahoma and 3 other states

Tulsa still in the run for a Tesla truck plant 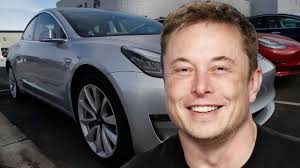 Tesla’s Elon Musk is so impressed by a video encouraging him to locate a new truck plant in Tulsa, he might visit the city.

It’s what he tweeted this week after a two-minute video was released in support of building the new Cybertruck Gigafactory in T-Town and not in Austin, Texas according to the Tulsa World.

“We had to ask ourselves what really sets Tulsa apart and what can Tulsa offer that Austin simply can’t?” said Cullen Koger, creative director at the Bear Agency Group, a public relations firm that is helping the state make its case to the electric car company.

The answer turned out to be more philosophical than practical, Koger said. Both cities can offer a talented workforce, tax breaks, relatively cheap land and other advantages that Tesla seems to be looking for.

But Tulsa has historic Route 66. And the history and romance that comes with it, Koger said.

The Bear Agency released a two-minute video Wednesday afternoon starring Michael Wallis, a well-known Route 66 author and historian, who describes how the Mother Road’s history is intertwined with Tulsa’s. Cyrus Avery, the visionary behind creating the first national highway system, came from Tulsa and brought the famous road here to take advantage of the historic 11th Street bridge across the Arkansas River.

“Like Tulsa, it calls to risk takers and visionaries,” Wallis says in the video, which is the centerpiece of a final social media blitz to win over Tesla and its risk-taking visionary CEO, Elon Musk.

It’s not so much the road itself that should impress Musk, Koger said. It’s the “attitude” that the road represents.

“It’s about the open road. It’s about adventure and ambition,” Koger said. “There’s an element of taking a risk and ‘getting the job done.’ And that’s a shared vision that Tulsa has with Tesla.”

Tulsa and Austin have been vying one-on-one for the new Tesla factory — and the 10,000 well-paid jobs that will come with it — since at least May, when news leaked that the company had narrowed its search down to the two cities, 450 miles apart from each other.

Reacting to Tulsa’s social media campaign late Wednesday afternoon, the CEO hinted that he could take a personal look at the city before making a decision.

“Wow, I’ve never seen this level of support!” Musk tweeted. “Out of respect, seems like I should at least visit.” 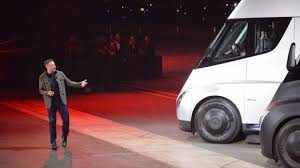 Tesla hasn’t said when it will announce a choice, but Oklahoma officials can sense that an announcement is coming soon “based on constant conversations” with high-level Tesla executives, said Sean Kouplen, Oklahoma’s secretary of commerce and workforce development.

While national media reports have described Tulsa as a long shot, with some going so far as to say the company has already settled on Austin, Musk isn’t the kind of person who would be wasting time if he wasn’t seriously considering the city, Kouplen said.

“The interest is real,” he said, “and we still have a very good shot.”

Even if this factory goes to Austin after all, it won’t be Tulsa’s last chance with company, Kouplen said.

“This won’t be the last factory they build or the last investment they make,” he said. “We’re building a relationship with Tesla that will continue regardless of what happens this time.”

Meanwhile, just being a finalist for Tesla’s factory has already given Tulsa and the rest of Oklahoma more credibility with other companies, Kouplen said. His office is currently working on at least 115 economic development opportunities across the state, with many of the companies giving the state a serious look as a direct result of Tesla’s interest, he said.

“One thing we know that has impressed Tesla is the community’s enthusiasm,” Kouplen said. And that’s why the final push to bring the company to Tulsa will involve a social media campaign, with a plea for as many Oklahomans as possible to spread the new video, he said.

“They’ve noticed how people have rallied around Tesla,” Kouplen said, “and that’s a big part of how we have come this far.”