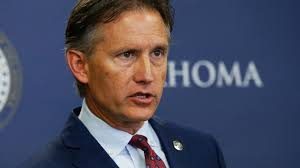 Energy resources in eastern Oklahoma might be back in question after the Muscogee (Creek) Nation and the Seminole Nation said they would not be part of a state attorney general’s agreement for proposed federal legislation in the wake of a U.S. Supreme Court decision. The move leaves the question of how the ruling and subsequent agreement efforts affect oil and gas leases and other energy-related issues.

Principal Chief David Hill of the Creek Nation informed the Attorney General on Friday of his tribe’s decision after Attorney General Mike Hunter announced that agreement with the five civilized tribes of Oklahoma indicated they would be a part of it.

Seminole Nation Chief Greg P. Chilcoat also said his tribe had not formally approved the agreement. Hunter announced Thursday that the Five Tribes, the Creeks, Cherokees, Chickasaws, Choctaws and Seminoles were part of the agreement for federal legislation concerning the state’s standing in legal matters on the Indian land.

Hunter called Chief Hill’s statements on Friday “a stunning and regrettable reversal of commitments and assurances to me.”

“This is neither in the best interest of the state of Oklahoma nor its tribal citizens. Legislation is necessary to clarify the criminal and civil uncertainty created by the McGirt decision. I am deeply disappointed in Chief Hill for withdrawing from this process. It is my hope that both the Muscogee (Creek) Nation and the Seminole Nation will recommit to our agreement on legislation that preserves public safety and promotes continued economic growth.”

Thursday’s announcement was meant to clarify both criminal and civil jurisdictions after the Supreme Court ruling left much of eastern Oklahoma as reservation land. Last week, Hunter said oil and gas leases would not be affected by the ruling and the agreement.

In his statement disavowing the agreement, Chief Chilcoat of the Seminole Nation said his tribe had not been part of any discussions with the state.

“Before the Seminole Nation will consider any such framework, the Nation requires respectful and meaningful government-to-government discussions directly with the state,” he said.