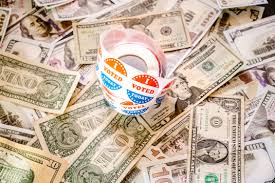 Two Texas companies with natural gas plants in Maine are planning to spend $6 million on TV ads against a high-profile transmission project that will benefit Central Maine Power and Hydro-Quebec.

Maine Public Radio reports Calpine and Vistra, which are Texas-based companies with natural gas plants in Maine plan to use the campaign ads to fight nearly $17 million in spending by Central Maine and Hydro-Quebec. The two Texas companies have funded an anti-corridor campaign called Mainers for Local Power.

The stepped-up advertising comes about a week after Gov. Janet Mills struck a $170 million deal with Hydro-Quebec to provide discounted electricity to the state through Central Maine’s transmission corridor. Mills emerged last year as one of the highest-profile backers of the project, which has polled as widely unpopular in Maine and is facing a November referendum that aims to kill the corridor but is being challenged as unconstitutional by Central Maine Power and allies.

Jon Conradi, a spokesman for Mainers for Local Power, said there’s no indication that the influence campaign by CMP and Hydro-Quebec is affecting the project’s unpopularity.

“But at the same time Mainers for Local Power believes that the historic and really unprecedented degree of spending from these foreign companies trying to force through this project can’t go unanswered,” Conradi said. 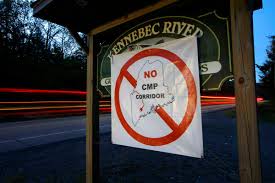 The campaigns are designed to influence a November referendum that could block the transmission corridor, a project that would bring hydropower from Hydro-Quebec’s dams through western Maine and down to Massachusetts.

A Calpine spokesman recently told Maine Public Radio that the slug of electricity into the regional grid would suppress electricity prices enough to hurt the company’s bottom line.

Jon Breed, director of CMP’s Clean Energy Matters PAC, said the anti-corridor ad buy shows how much fossil fuel companies like Calpine and Vistra are threatened by the project.

Breed would not discuss his PAC’s extensive polling to gauge public opinion of the project, but he said the size of the ad buy suggests anti-corridor opponents are worried about what they see in their own surveys.

A digital ad by Mainers for Local Power asserts that the project will primarily benefit the foreign owners of CMP and Hydro-Quebec.

CMP is owned by Avangrid, a subsidiary of the Spanish company Iberdrola. The sole shareholder of Hydro-Quebec is the government of Quebec.

Hydro-Quebec’s PAC has spent $6 million on the referendum, while CMP’s PAC, Clean Energy Matters, has spent more than $10.6 million.

The involvement by Hydro-Quebec has raised questions about a loophole in Maine election law that does not restrict foreign entities from contributing to ballot committees. Federal laws bar contributions and expenditures from foreign nationals, but only in elections involving candidates, not referenda.

Independent state Rep. Kent Ackley sponsored a bill in the Maine Legislature to close the loophole, but the proposal stalled when lawmakers adjourned early because of the coronavirus pandemic.

The spending by the pro-corridor PACs has already eclipsed the roughly $10 million spent by backers of a casino referendum in 2017.