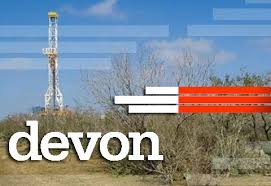 Oklahoma’s STACK play yields a three-well project with production of more than 2,200 barrels of oil a day for Oklahoma City’s Devon Energy.

Devon filed completion reports this week on the three McCarthy 10_3-1n-9w wells drilled on a single pad at 10 15N 9W, a site 13 miles southwest of the city of Kingfisher.

Combined production totaled 2,257 barrels of oil a day. Each of the wells had July 2019 spud dates and each was completed in November 2019. The first well produced 426 barrels of oil a day and 785 Mcf of natural gas from a depth of 19,830 feet into the Mississippi less Chester formation.