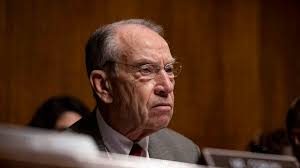 The fight over biofuels waivers given to small refineries such as the Wynnewood refinery in southern Oklahoma has prompted Iowa U.S. Sen. Chuck Grassley to block the nomination of an official at the Environmental Protection Agency.

Grassley came out Tuesday saying he supporting a plan by a Senate colleague to block the nomination until the EPA makes clear how it plans to handle oil refiners’ requests for retroactive exempts from the biofuel blending mandates.

Grassley and Senator Joni Ernst, both from corn-rich Iowa, spoke last week with EPA Administrator Andrew Wheeler to discuss the waivers, which biofuel advocates in their state claim hurt farmers by undermining demand for corn-based ethanol, Grassley said on a call with reporters.

The EPA recently received 52 new petitions for retroactive biofuel blending waivers that, if granted, would help bring refiners into compliance with a federal court ruling earlier this year that requires new waivers to take the form of extensions to old ones.

Grassley also recently discussed the waivers with a Department of Energy official, he said.

“I didn’t feel from either one of the two people I talked to that they were very enthused about dealing with them (the retroactive waivers),” Grassley said.

The waivers exempt oil refiners from U.S. laws that require that they blend billions of gallons of biofuels into their fuel pool. Biofuel advocates claim the exemptions hurt demand for their products, but the oil industry refutes that and says they are needed to help small facilities stay open.

Last week, Ernst announced her opposition to Doug Benevento’s nomination for EPA deputy administrator over the issue. Ernst is a member of the Senate Environment and Public Works Committee, which provides oversight on EPA.

Without Ernst’s vote, Benevento would not be brought before the committee to move forward with his nomination, her office said in a statement.

Grassley on Tuesday said the retroactive waivers do not meet the “common-sense pass.”