Drought expected to grow across Oklahoma 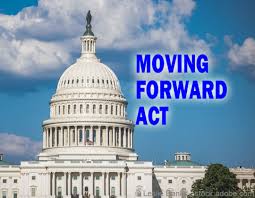 Oklahomans split their votes on party-lines Wednesday when the U.S. House of Representatives okayed the Democrats’ $1.5 trillion infrastructure plan Moving Forward Act and Republicans didn’t hold back their criticism.

Rep. Kendra Horn, a day after winning her primary election for the Democratic nomination in her 2nd Congressional District voted for the measure.

But Republicans Tom Cole, Kevin Hern, Markwayne Mullin and Frank Lucas voted against it. The measure was approved on a 233-188 vote.

“While Congress normally comes together every several years to reauthorize vital highway construction and infrastructure programs, House Democrats didn’t even attempt to make it a bipartisan effort this time. Every step of the way, H.R. 2 became more partisan, not less,” said Cole. ” In fact, before H.R. 2 reached the floor of the House, Speaker Pelosi thought it appropriate to tack on what amounts to an expensive Democratic wish list. Sadly, the $1.5 trillion piece of legislation is more focused on propping up radical ideas found in the Green New Deal and advancing unrelated, partisan priorities than actually providing solutions to improve and strengthen our nation’s infrastructure.”

Rep. Markwayne Mullin was equally critical of the Democrats, saying their bill focuses more on implementing policies from the Green New Deal than rebuilding the country’s crumbling infrastructure.

“Our infrastructure is in desperate need of investment, but H.R. 2 leaves rural America in the dust,” Mullin said. “Rather than focusing on rebuilding our roads, bridges and waterways, Pelosi Democrats are using this bill to try to force their Green New Deal policies on the American people.”

He said the Democrats made it clear their huge increases for public transit shows a priority for big cities and not rural communities.

“Time and again, Pelosi Democrats have chosen their socialist agenda over making real progress and that’s what we saw again today with this bill.”

Mullin contends that $2 out of every $5 in the $1.5 trillion act goes toward green initiative and large increases for transit and passenger rail funding which do not benefit most Oklahomans.

Rep. Frank Lucas (OK-03) said it should have been a time for Congress to put aside partisan politics and work together for meaningful legislation for the American people.

“America is currently in the middle of a pandemic, the likes of which we haven’t seen in over a century, and instead of passing an infrastructure bill that improves America’s roads and keeps us economically competitive, House Democrats and Speaker Pelosi just passed a bill that prioritizes Green New Deal requirements, widens the gap between rural and urban infrastructure, and adds restrictions for building new roads,” said  Lucas.