Acquisition leads to giant solar installer in US 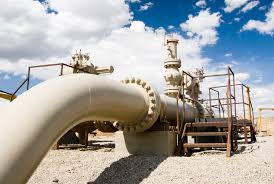 Transporters of natural gas in the eastern half of Oklahoma are not happy about it but Corporation Commissioners have approved a nearly $12 million increase in base rates for Oklahoma Natural Gas. That’s because eastern Oklahoma natural gas transporters will have to spend more money in getting their product to ONG customers.

Marie Synar, the Director of Industrial Development for the Muskogee City-County Development Authority complained to commissioners during their Wednesday morning meeting where they voted 3-0 to approve to increase in base rates. ONG explained the requested increase is necessary to recover increased business costs and natural gas infrastructure investments.

Commission chairman Todd Hiett also raised the issue of the “commodity price differential ” for western Oklahoma and eastern Oklahoma gas transporters. As brought out during the meeting, transporters felt they were not properly notified of the increased costs to them as part of the change in base rates for ONG.

Hiett said he learned of the issue from the legislature and not the utility, adding, “I would think it would be the policy of the company that if there were going to be a change that would affect companies by millions of dollars per year in the cost of their power, that commissioners would be notified.”

Synar, during a virtual public opportunity for comments said the base rate change will “have a very significant financial impact on members” of the Development Authority.

“ONG has recently advised its natural gas suppliers that it will no longer accept gas at the historical supply point for customers served on the R-900 system which runs from south of Tulsa to the Oklahoma-Texas border along the eastern part of the state.”

She said ONG is now requiring suppliers to deliver their natural gas for customers to an alternative supply point.

“This means large natural gas customers served on the R-900 system to source their gas from the Enable Gas Transmission or EGP pipeline to the eastern part of the state.”

She was critical of ONG’s “lack of notice of substantial change” and said “members are extremely distressed.”

Synar said as a result of changes in where gas will have to be delivered, her Development Authority members will incur “$2 million a year in natural gas commodity costs.” She added that a “new delivery point,” as required by ONG will “result in $1.5 million in extra costs to transport.”

Users of the R-900 pipeline in eastern Oklahoma, according to Synar, are the “only ones impacted by the change and it unfairly has burdened our members who are longtime customers of ONG.”

She requested the Commission review how ONG went about seeking the change in its rate base and “was not open and transparent” about the changes would affect customers of the R-900 line.

Synar had stated the concerns of the Greater Muskogee Manufacturers Alliance in a June 26 letter to each of the commissioners in which she revealed that ONG had advised third-party natural gas suppliers that it will no longer accept gas from third-party suppliers at the historical supply point for customers served on the R-900 system.

Synar said ONG’s change will require large natural gas consumers served on the R-900 system to begin sourcing natural gas from the Enable Gas Transmission line in eastern Oklahoma instead of the historical practice of sourcing the gas from the ONEOK Gas Transportation line in the western part of ONG’s system.

Customers learned of the change only after ONG chose to notify natural gas suppliers of the move.

“This unexpected and unbudgeted increase comes at a time where our members are also experiencing the negative impacts of a historic global pandemic.”

As Commissioners were informed in the letter, the cost of natural gas on the Enable Gas line has historically been more expensive on the ONEOK Gas line. The average monthly OGT price was $1.86 per MMBtu while the average monthly EGT price index was $2.36 per MMBtu.

Click below to view the letter from the Greater Muskogee Manufacturers Alliance.