Conservation measure didn’t get support of some Oklahoma Representatives 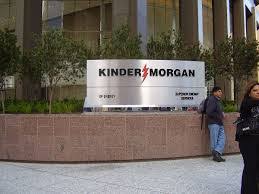 Pipelines in Oklahoma played a role in Kinder Morgan’s $1 billion writedown of its pipeline operations as it reported a $637 million second quarter loss this week.

The impairment of the value of the company’s lines involved North Dakota and Texas as well.

Kinder Morgan — like so many energy companies — saw revenue drop and reported a loss for the second quarter. Revenue fell 20% year over year to $2.56 billion. For the first half of 2020, the company’s revenue totals nearly $5.67 billion, down 14.7% year over year. 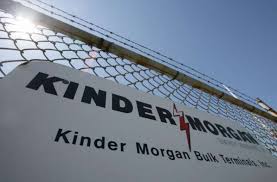 Kinder Morgan’s $637 million net loss is down from net income of $518 million in the second quarter of 2019 and brings the company’s net loss for the first half of 2020 to $943 million. However, the Q2 net loss was primarily due to a $1 billion noncash impairment of goodwill related to Kinder Morgan’s “natural gas non-FERC-regulated midstream business driven by the recent sharp decline in natural gas production affecting a number of our assets,” the release states. Excluding that impairment and other items, Kinder Morgan’s adjusted earnings were $381 million, or 17 cents per share.

“Despite the significant reduction in energy demand during the second quarter due to the pandemic, our company continued to generate substantial earnings and robust coverage of this quarter’s dividend,” KMI Executive Chairman Richard D. Kinder said in the release. “While the pace of the global economic recovery remains uncertain at this time, we are seeing green shoots in some areas of our business.”

Kinder Morgan President Kim Dang noted that transport volumes in the company’s Natural Gas Pipelines segment were up 3% year over year. The company also continues to make progress on its Permian Highway Pipeline project, which is more than 75% complete, and has placed seven of the 10 liquefaction units at its Elba Liquefaction project in service, with the remaining three expected to be placed in service before the end of the summer.