Tulsa still in the run for a Tesla truck plant

Passed with support from Oklahomans, USMCA is in effect 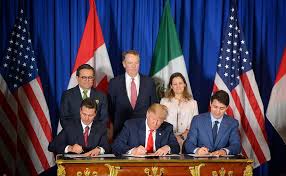 The new trade agreement known as USMCA is now in effect. Wednesday was the first day of the U.S.-Mexico-Canada free trade agreement, one that received wholehearted support among Oklahoma’s members in Congress.

The agreement is considered to be the start of a new era for improved trade among the North American trading partners and creates a new set of rules to help strengthen the U.S. economy.

The USMCA is the strongest trade deal ever among the three countries and has the potential to boost the U.S. economy by $68.2 billion and create 176,000 new jobs.

When the Senate passed the measure in January, Oklahoma U.S. Sen. James Lankford called it a “winner.”

““Oklahoma agriculture, manufacturing and supply chains will all benefit from the revised trade agreement with Mexico and Canada,” said Sen. Lankford in a statement.

“This agreement will help Oklahoma consumers, workers and businesses,” he added. “The final product benefits Oklahoma agriculture, Oklahoma manufacturing and the intellectual property of Oklahomans and all Americans. We should continue to improve our trade relationships and agreements around the world and ensure U.S. interests remain at the forefront of our negotiations.” 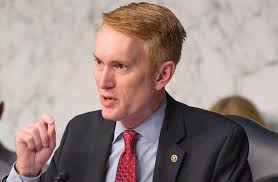 He was one of the 89 Senators who voted for the measure. While Sen. Jim Inhofe missed the vote while attending to his wife who was sick at the time, he still supported the USMCA.

“I opposed the old NAFTA for good reason—it harmed American truckers and put our businesses at a disadvantage.”

Earlier, all five U.S. House members from Oklahoma came out in support of the USMCA after the trade agreement had been negotiated by President Trump to replace the North America Free Trade Agreement.