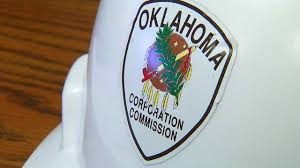 Oklahoma Corporation Commissioners responded this week to Tulsa city leaders, Lt. Gov. Matt Pinnell and 20 energy firms who expressed concerns in a recent letter about the lack of support they feel exists for the Tulsa offices of the agency.

The Commissioners responded by stating they were surprised to hear of the concerns but also felt that some of the assertions made in a July 8 letter “may have been based upon incorrect information.”

Commissioners said the claim that an Administrative Law Judge based in Tulsa was performing more than three times the work of her peers in the Oklahoma City headquarters was not correct.

“Because of the sharing of the caseload between the Oklahoma City and Tulsa offices, the number of court filings does not necessarily reflect the actual caseload of the Tulsa ALJ,” said the Commissioners in a responding letter to Tulsa Mayor G.T. Bynum, the Lt. Gov. and a handful of state senators who signed the original letter.

The Commissioners said development of their agency’s Information Management System has been ongoing for three years and the final phase is underway to address the needs of the Oil and Gas Conservation Division.

“This is an investment the OCC is making to modernize its
infrastructure, improve efficiencies and minimize reoccurring costs. Additionally, these IT improvements have allowed the OCC to move to reducing paper files and rely on digitized documents. It also means ALJs in Tulsa and Oklahoma City can more easily assist in handling caseloads between the two offices by conducting remote hearings via telephone and/or videoconference.”

The energy firms and others complained there had not been an office administrator in Tulsa but the Commissioners said one was placed there in March.
“At the beginning of March, 2020, the Commission employed two fulltime ALJs in the Tulsa office and provided assistance to them, as needed, from the Oklahoma City office. In April 2020, one of our long-time Tulsa ALJs went to work for a Commissioner as
deliberating counsel. Since then, ALJs in Oklahoma City have been assisting the Tulsa ALJ with hearing causes. This has been more easily accomplished because since March uncontested
Commission hearings have been conducted remotely via audio/visual technology, with no significant procedural differences between the Tulsa or Oklahoma City ALJs.”

As for the issue of the Commission’s Tulsa office being relocated out of the Kerr-Edmondson building, it was the decision of the Oklahoma Management and Enterprise Services division and Secretary of Agency Accountability John Budd as part of the governor’s drive to reduce the state’s “brick and mortar footprint.”

The Commission’s staff has met with the decision makers to express their concerns about space needs.

“We have suggested that the OCC’s Tulsa court operations be relocated in close proximity to other federal and state courts for the convenience of our patrons, and perhaps to share space for purposes common to all courts. There are no plans under discussion for closing the OCC’s Tulsa office. In addition, closure of the OCC’s Tulsa office would require a statutory
change as a Tulsa regional office is required by 17 O.S. § 40.1.”