Wyoming’s first new coal mine in 50 years is approved 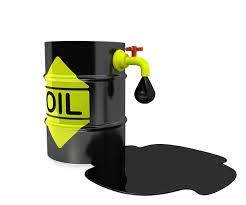 The federal court order shutting down the Dakota Access pipeline owned by Dallas-based Energy Transfer is not only affecting the Texas company but some major energy firms in Oklahoma as well as firms with major operations in Oklahoma.

Here’s why. Energy Transfer is the majority-owner but the pipeline is also owned by Phillips 66 Partners and a joint venture between Marathon Petroleum, not to be confused with Marathon Oil, and Enbridge.

Further, one of the major producers of Bakken oil in North Dakota is Continental Resources, headquartered in Oklahoma City. The Dakota Access Pipeline can move 570,000 barrels of oil a day. The Bakken, while not the country’s largest oilfield, made up more than 10% of U.S. production at its height.

It was in North Dakota where Continental Resources founder Harold Hamm made his name as his firm was one of the first major explorers of the Williston Basin.

Others who will feel the pain when the line is shut down in August as ordered by the U.S. District Court for the District of Columbia are WPX Energy of Tulsa, Ovintiv of Denver, Colorado, Whiting Petroleum, QEP Resources and Oasis Petroleum.

Ovintiv is a major operation in Oklahoma’s oilfields as well. Like the others, it also has a Bakken exposure and the court order will affect its cash flow to some extent.

The Standing Rock Sioux Tribe and other Native American tribes sued in 2016 to stop the North Dakota pipeline, which runs under a lake that the tribe uses for drinking water. President Obama temporarily halted it. But the Trump administration gave it the go-ahead.

On Monday, the U.S. District Court for the District of Columbia ruled that the pipeline has to be shut down while the Army Corps of Engineers undergoes a more thorough environmental review. That review, or an appeal of the ruling could take months, or potentially more than a year.

POLITICO reported that the operator of the Dakota Access Pipeline is making no moves yet to shutdown the North Dakota pipeline, despite an order from a federal judge on Monday to empty it of oil by Aug. 5, a process that Energy Transfer said could take roughly 90 days. Company spokeswoman Vicki Granado tells ME that, “We have not yet started the process of shutting it down as we work through the legal process.”

The company said Wednesday that D.C. District Court Judge James Boasberg had “exceeded his authority in ordering the shutdown of the Dakota Access Pipeline” until the Army Corps of Engineers conducted an environmental review of a section of the pipeline, and filed a motion asking that the shutdown order be suspended while it appeals the court ruling.

“The broad economic and environmental consequences for third parties , including the numerous states that strongly support continued operation of the pipeline, coupled with the irreparable loss of revenue to Dakota Access and its affiliates, far exceed any possible risk — much less any conceivable harm — to the Tribes from a stay,” the company said in its latest motion, noting that the economic impact comes as the country is reeling from the coronavirus pandemic and associated economic downturn. Energy Transfer asked Boasberg, who already rejected the company’s bid for an emergency stay, to rule by July 14 on its request to put the decision on hold while it pursues an appeal.

Cowen analyst Jason Gabelman expects that Bakken-produced crude could sell at a discount of $8 a barrel to Brent crude, the international benchmark, if the pipeline is shut down. It has recently traded at a differential closer to $4.

For some refiners, that could be a benefit, because crude is an input cost. Gabelman thinks Par Pacific and HollyFrontier may be in the best position to benefit, because they source the highest portion of Bakken crude from conduits other than the pipeline.