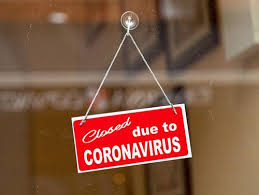 Oklahoma’s Department of Labor announced its lobby to its headquarters in Oklahoma City will be closed starting Monday, July 20 because of the COVID-19 impact in the state.

The Labor Department had recently reopened the lobby but now says in light of the resurgence of the virus, it will keep the facility closed to the public.

“During these challenging times the Oklahoma Department of Labor (“ODOL”) remains committed to “preserving, protecting, and promoting the welfare of Oklahoma wage earners” while “serving as an advocate for employees, employers, and the public,” stated the announcement.

The department cited the recent significant increases in positive infections in the state “and in an effort to protect its work staff and the public—is reclosing its lobby.” All businesses involving the department will be conducted by telephone or electronically until further notice.

Labor department leaders said they were taking the action out of an abundance of caution and following the recommendations from the Centers for Disease Control regarding social distancing.