Oil prices get a lift as EIA reports the biggest weekly U.S. crude supply decline of the year 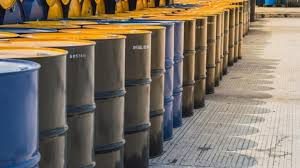 The decline in crude storage was the largest so far this year and as a result, West Texas Intermediate crude for September delivery rose 23 cents or 0.6% to settle at $41.27 a barrel in trading on the New York Mercantile Exchange.

Global benchmark, September Brent crude went up 53 cents or 1.2% and closed at $43.75 a barrel on ICE Futures Europe.

An unexpected weekly rise in gasoline supplies tempered the rise for oil as worries about slow demand growth prevailed.

The EIA data also showed crude stocks at the Cushing, Okla., storage hub edged up by about 1.3 million barrels for the week, but total oil production was unchanged at 11.1 million barrels per day.

The latest fall compared with an average forecast by analysts polled by S&P Global Platts for a decline of 1.2 million barrels. The American Petroleum Institute on Tuesday reported a decrease of 6.8 million barrels according to MarketWatch.

The size of the crude supply decline was a surprise, but “looking deeper into the numbers we saw a build in gasoline stockpiles as well as distillates,” Tariq Zahir, managing member at Tyche Capital Advisors, told MarketWatch.

Even with “all the bullish headlines out there with a large crude oil draw” and U.S. dollar weakness, “we feel it is quite telling” that crude oil can’t move much higher, he said. The ICE U.S. Dollar Index DXY, -0.44%, a measure of the U.S. currency against a basket of six major rivals, was down 0.4% Wednesday after edging to a two-year low.