Another Bakken oil pipeline had been shut down before Dakota Access 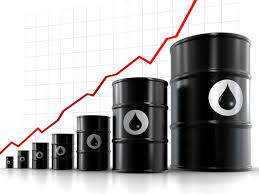 A slight gain in crude oil prices was seen Monday in trading as analysts believe it was due to news of positive results from an earlier COVID-19 vaccine trial. The news might have helped offset the pandemic’s risk to economic recovery and energy demand.

West Texas Intermediate August oil finished the day 22 cents higher or 0.5% to settle at $40.81 a barrel in trading on the New York Mercantile Exchange. It had dipped to a low of $39.83.

Global benchmark Brent crude for September rose 14 cents or 0.3% on ICE Futures Europe and settled at $43.28 a barrel.

The slight jump in crude prices followed publication by a medical journal of a story that found AstraZeneca’s AZN vaccine candidate produced antibodies in an early clinical trial.

Another impetus for the slight gain might have been crude storage.

“From U.S. stocks to floating storage tankers, the data continues to show a market chipping away at excess supply, and that’s providing a buffer from ongoing demand concerns.”

Some of the local energy firms were down including Devon Energy, which lost 2 cents in Monday’s trading and closed at $10.27 per share. SandRidge Energy dropped by 1 cent or just under 1% to finish the day at $1.28.

On the Utilities stocks, American Electric Power declined by 79 cents a share or 1% and reached $86.72 per share.