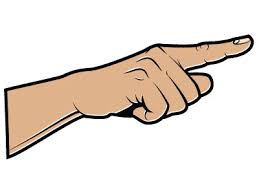 Some oil and gas leaders in Colorado say COVID-19 has damaged their industry but they also blame Democrats in the state legislature for the decline in the sector.

Their charge came in a recent virtual roundtable on the industry held by the Northern Colorado Legislative Alliance.

BizWest previously reported oil producers in Weld County cut production by around 60% and plugged thousands of wells between March and April, as the COVID pandemic and resulting stay-at-home orders reduced the need for fuel to power cars on commutes and planes in the sky and destabilized transport and freight supply chains.

That sudden and dramatic drop in domestic demand was matched by a production and price war during the two months between Saudi Arabia and Russia, the world’s second and third-largest oil producer nations behind the U.S., further depressing global oil prices.

Dan Haley, president of the Colorado Oil and Gas Association, said the state had about 20 rigs drilling new wells across the state at the start of 2019, but between COVID and the implementation of sweeping oil regulations from Senate Bill 181, those active rigs have fallen to five across Colorado. He attributes that decline to Gov. Jared Polis and SB 181 supporters.

“We have more rulemakings happening in downtown Denver than we have rigs running across the state,” he said.

Doug Dennison, director of community affairs for Denver-based oil exploration firm Highpoint Resources Inc., said the lower interest in drilling has caused layoffs and salary cuts at his company but has hurt vendors and contractors down the chain even harder.

He believes that the industry can survive the current drop in oil prices, but uncertainty over how strict the state’s regulatory environment will become is putting additional pressure on producers already hit hard by forces outside of the state government.

“I hope that folks at the (Colorado Oil and Gas Conservation Commission) and within the governor’s administration recognize that this is not the time to keep kicking the gas industry, because we’re just about kicked out,” he said.

Rich Werner, president and CEO of Upstate Colorado Economic Development, said the oil and gas industry has shed about 5,000 jobs since March. That is causing a ripple effect in his region, where service jobs and other commerce that popped up to serve oil workers are feeling squeezed by the loss of customers.

He argues that the oil industry will rebound once demand for travel returns in a post-pandemic time, but those companies are becoming more likely to look at setting up new rigs in more friendly states like Wyoming or Texas, and bringing along their mobile workforce with them.

“As companies are making immediate decisions on where to invest their resources, they are going to take the path of least resistance,” he said.

Barbara Kirkmeyer, a Weld County commissioner and a Republican candidate for a state Senate district covering Broomfield and parts of Larimer and Weld counties, said the loss of operating remittances from producers in Weld County will cause severe revenue drops to the highly oil-reliant county and the local taxing bodies there.

Oil operators in Colorado remit their property taxes to Colorado counties on a two-year lag, so while the immediate government revenue impact won’t be felt in 2020, the next two years are expected to require deep spending cuts from Weld County.

“So when they’re talking about the recession that they’ve entered in, they try and say it’s from COVID-19, but it’s really because of the drop-off in oil and gas and those permits,” she said.