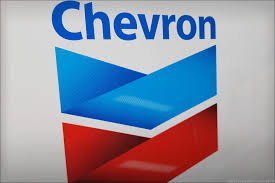 Noble Energy, the firm founded by the late Lloyd Noble in Ardmore, Oklahoma has been snatched up by Chevron in a $5 billion all-stock deal.

Chevron said on Monday it would buy Noble Energy in a $5 billion all-stock deal, bolstering its shale presence as a plunge in crude prices have made assets cheaper.

The deal, the largest in the U.S. energy sector this year, comes more than a year after Chevron abandoned its offer for Anadarko Petroleum, outmaneuvered by Occidental Petroleum’s higher bid.

Oil prices plunged to historic lows in April as the coronavirus crisis decimated demand. While prices have recovered from their lows, they remain depressed, making assets cheaper, as a new surge of Covid-19 cases threaten to stall recovery.

“Chevron (is) taking advantage of its strong relative performance versus the US exploration and production companies and capitalizing on the downturn to buy into some high-quality assets,” said Anish Kapadia, head of London-based independent oil and mining advisory Palissy Advisors.

Shares of Noble jumped about 8% premarket, while Chevron was down about 1%.

The offer values Noble at $10.38 a share or 0.12 Chevron share, a 7.5% premium to Noble’s Friday close. The deal would value Noble at roughly $13 billion, including debt.

Noble’s assets will expand Chevron’s presence in the DJ Basin of Colorado and the Permian Basin across West Texas and New Mexico. The deal would yield potential annual cost savings of $300 million.

Noble Energy was founded in 1921 when Lloyd Noble purchased his first drilling rig. The company later moved its headquarters to Houston, Texas. 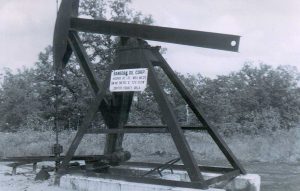 Noble shareholders will own about 3% of the combined company.

The deal will add to Chevron’s free cash flow and earnings per share one year after closing, at $40 Brent, Chevron said.

Chevron had walked away with a $1 billion fee after Occidental clinched a deal last May to buy Anadarko for $38 billion.