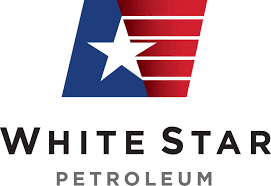 Before he became Oklahoma’s newest Secretary of the Land Commission last week, Elliot Chambers was President and CEO of White Star Petroleum, a company he led while it entered bankruptcy and also dealt with lawsuits and state regulatory orders due to earthquakes.

The Chapter 11 bankruptcy for the company came as the company battled lawsuits that accused it and a number of other energy companies of causing damaging earthquakes in Oklahoma.

Those lawsuits are ongoing in state courts including one filed by Lisa Griggs and April Marler and others. In 2017, they sued nearly two dozen energy companies as well as 25 individuals blaming their disposal wells for swarms of earthquakes around Edmond, Guthrie, Langston, Crescent,Covington, Perry, Luther and Stroud.

Their suit was moved from Federal court to Logan county district court.  Lisa Griggs will never see the end of the lawsuit because she died April 15, 2020, according to a filing that notified the Logan County District court judge handling the case.

Attorney Scott Poynter of Little Rock, Arkansas, a lawyer handling the lawsuit told OK Energy Today, “Lisa’s death was reported in a Notice filed with the Court, and her estate has until mid-August to decide what it wants to do. It could move the case forward or dismiss. No decision has been made yet.”

He explained that Griggs, who died of  cancer, informed him when she entered hospice and he preferred to keep their conversation a private matter.

Two years into the lawsuits, White Star Petroleum, a company that operates some of the wastewater disposal wells in the affected earthquake region, filed Chapter 11 bankruptcy but the company remains a defendant as the suits continue. The bankruptcy was filed in Delaware but in 2019, the case was terminated there and moved to the Western District of Oklahoma.

In its case in Oklahoma, White Star court forms showed the firm had anywhere from 25,001 to 50,000 creditors and the company’s estimated assets were $500,000,001 to $1 billion. The documents were signed by Chambers as head of the company.

In May 2019, White Star received $28.5 million in committed “debtor-in-possession” financing to boost liquidity. At the time, the company said it expected to generate positive operating income during the Chapter 11 case and use the proceeds of the financing to pay the expenses of Chapter 11.

“White Star is continuing to operate its business during the strategic process, and with the DIP financing, has sufficient liquidity to timely pay all employees, vendors and suppliers for services and products provided during Chapter 11,” said Chambers at the time. “We recognize that the uncertainty of the past months has been difficult for many of our stakeholders but are pleased to have the support of our RBL lenders and an appropriate budget established for operations in Chapter 11.”

Four months later, White Star Petroleum was acquired by Houston-based and publicly-traded Contango Oil and Gas Co. in a $132.5 million deal. The acquisition included 575 operated and 318 non-operated wells, most in north-central Oklahoma. It included an estimated 45,000 acres in the STACK play and another 31,800 acres in the Anadarko.

To this date, White Star is still active in Oklahoma. It filed two well completion reports on July 15 with the Oklahoma Corporation Commission.