Drones get new use in history studies 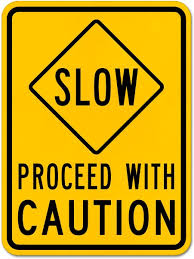 New Mexico state leaders are being cautioned that if they crack down too much on methane emissions from the state’s oil and gas industry, they could end up harming an industry already weakened by the COVID-19 pandemic.

Government leaders cautioned the State of New Mexico in enacting stricter regulations on methane emissions from oil and gas operations during an economic downturn and plunging oil prices amid the COVID-19 pandemic according to the Carlsbad Current-Argus.

The State was in the midst of establishing tougher rules intended to curb air pollution and waste caused by the release of methane from the oil and gas industry when the pandemic hit in March, holding public meetings throughout New Mexico in the last year.

And in a letter sent to the governor from about 50 leaders from around New Mexico to Gov. Michelle Lujan Grisham this week, the leaders commended the efforts and called them essential to protect public health in the state known for heavy extraction activities.

Many of the leaders that signed on to the letter were from outside of southeast New Mexico and the Permian Basin where New Mexico’s oil and gas activity is centered and where the regulations would likely have the most impact on the economy.

Leaders from southeast New Mexico at both the local and state level argued implementation of the rule-making – an effort undertaken by the New Mexico Environment Department (NMED) and the Energy, Minerals and Natural Resources Department (EMNRD), could further weaken the already troubled industry.

New Mexico Sen. Gay Kernan (R-42) of Hobbs said the rule-making should be delayed by up to six months or even a year as the industry struggles to recover from the downturn brought on by the public health crisis.

In the wake of COVID-19’s spread in New Mexico and the U.S. beginning in March, Lujan Grisham and governors across the country implemented stay-at-home orders and travel restrictions aimed at slowing the rate of infection.

Those acts led to a national and worldwide decrease in fuel demands and brought the price of domestic crude to historic lows this spring and early summer, with April seeing prices plummet beneath $0 per barrel for the first time in history.

Kernan said any new regulations on oil and gas could further damage the economic position of the already struggling industry New Mexico has long relied on for most of its revenue, and cause operators already grappling with the slumping prices to leave New Mexico for a more business-friendly regulatory environment in neighboring Texas.

“With regard to the implementation of the (methane) rules, they might want to delay that until we get a better idea for where we’re going to be with drilling and production,” she said. “Adding additional costs to the production of oil and gas could further hamper the revival of the industry we are so dependent on.

“The implementation of rules and regulations should be carefully considered at this time.”

And during the rule-making process, Kernan argued industry officials should have a major seat at the table.

She pointed to a recent project between EOG Resources and EMNRD’s Oil Conservation Division intended to curb the use of flaring, or the burning of excess natural gas in the oilfield.