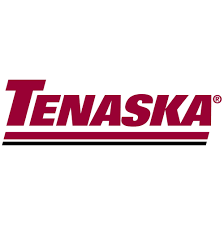 They didn’t indicate in which states the projects will be located, but Capital Dynamics, a Swiss asset manager and energy developer Tenaska of Nebraska announced a partnership this week on a 4.8-gigawatt solar portfolio in the Midwest and Southeast.

The two will work together on developing 24 solar projects expected to come online by 2023, building on a 2018 partnership to cooperatively develop another 14 projects in six Midwestern states reported Green Tech Media.

In February, Tenaska and Capital Dynamics unveiled one offtake contract associated with the previous group of projects, with the Indiana Municipal Power Agency. Tenaska declined to comment on whether the new round of projects has found offtakers.

Neither Nebraska-based Tenaska nor Capital Dynamics focuses solely on clean energy; Tenaska develops renewables and natural gas and Capital Dynamics invests and develops solar, wind and storage through its Clean Energy Infrastructure arm. But despite describing itself as “technology-agnostic,” Capital Dynamics told Greentech Media earlier this year that solar is likely to become increasingly significant for the company due to its stability and economic competitiveness.

In 2020 alone, Capital Dynamics has bought up 353 megawatts of solar from Coronal Energy, invested in 8minute Solar energy’s 400-megawatt Eland solar-plus-storage project, and partnered with 8minute on another 387-megawatt solar-plus-storage plant. Capital Dynamics told Greentech Media that some projects of its newest solar portfolio with Tenaska may wind up with storage attached.

For Tenaska, the 4.8-gigawatt deal follows another large-scale sale to Spain’s Acciona last year, with Acciona buying 3 gigawatts of solar and 1 gigawatt of solar-plus-storage from Tenaska in the U.S.

“We have historically developed our own projects, but more and more we are seeing demand for our development expertise in the renewable space,” said Steve Johnson, senior vice president of Tenaska’s Strategic Development and Acquisition Group. 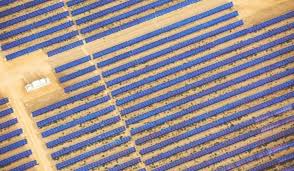 The Acciona portfolio encompassed 20 projects that Tenaska and Acciona will also develop jointly. Aside from the development activities of its parent company, affiliate Tenaska Solar Ventures says it’s worked on the development of approximately 11 gigawatts of projects in 15 states.

The addition of this 4.8-gigawatt portfolio brings Capital Dynamics’ clean energy assets to more than 7.3 gigawatts and 100 projects across the United Kingdom and 20 U.S. states, the company said. While the company has ties to projects in the Southwest, West and Southeast, the Midwest makes up a significant share of the overall portfolio. When Capital Dynamics signed its 2018 deal for 2 gigawatts of Midwestern projects with Tenaska, Benoit Allehaut, director of the company’s Clean Energy Infrastructure team, noted the region as “a market poised for growth.” Capital Dynamics declined to share specifics on the states in which the latest round of Tenaska projects will be located, however.