COVID-19 hit home this week as another nearly 500 workers in Oklahoma are losing their jobs or being directly affected by the pandemic. They work for restaurants at Oklahoma City’s major airport, some are employed at an energy firm in Tulsa and others are employees of a Walmart store.

Some of the restaurants at Oklahoma City’s Will Rogers World Airport are closing and more than 100 workers will lose their jobs at the end of August.

The Oklahoma Office of Workforce Development was notified of the layoffs by Delaware North Companies travel Hospitality Services, Inc. which operates the airport facilities. Delaware North said it was advised that its concession services at the airport will be terminated effective Aug. 31, 2020.

Josh Ryan, the director of Public Information & Marketing Coordinator at Will Rogers World Airport said the city is “transitioning contracts.”

“Through a competitive RFP process, the decision to proceed with a new vendor was made in March,” he explained, adding that employees of Delaware North will be able to apply with the new vendor for the jobs.

“However, the new operator will initially open at reduced operations due to significantly reduced passenger traffic as a result of COVID-19. Plans are underway for expansion as numbers grow,” said Ryan in an email response to OK Energy Today. 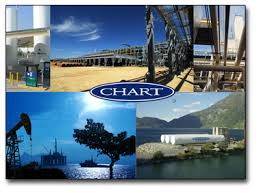 Tulsa’s Chart Industries, Inc., described as a leading independent global maker of highly-engineered equipment service different applications in the Energy and Industrial Gas markets is shutting down operations at its plant located at 5615 South 129th East Avenue in Tulsa.

The Georgia-based company issued two WARN notices with the state. In all, 180 workers will be affected. At least 47 employees, under the WARN Notice of July 16 have been laid off. A WARN Notice of July 17 stated that 133 will be laid off effective September 18 but some of them will be offered positions at Chart operations in Houston.

The closing of the Tulsa operations came even as Chart released its quarterly earnings report on Thursday, stating that its orders for the quarter totaled nearly $268 million including $125 million in June, a record order month.

Chart began its employee reductions by 25% in January by laying off nearly 1,100 workers. It claims its annual savings, as a result, total $61.2 million.

“In early July, we executed on a further reduction in force in our midstream and upstream air cooler business within Energy & Chemicals FinFans (“E&C FinFans”) to continue to size the necessary workforce to volume levels.  This equates to anticipated $3 million of annualized savings,” stated the firm in its report. The Tulsa operation was in its E & C FinFans division. 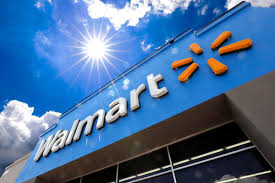 The Office of Workforce Development also said a WARN notice had been filed for the planned closing of the Walmart store in Jay in northeast Oklahoma.

Mark McNeil, Market Manager explained in a WARN notice that 67 workers will lose their jobs in September when Store #327 is closed next month.

“There are 67 employees who are being impacted at this location. The entire facility will close. Employees were notified regarding the facility’s closure on July 22, 2020. The store will close to the public on August 21, 2020. All employees at this facility will be terminated effective September 25, 2020,” he wrote.

There was no explanation why the store was closed and no usual reference to the impact of the COVID-19 pandemic.