Oklahoma stays steady with rig numbers while US drops more 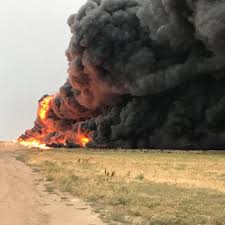 A tire waste facility in Platteville, Colorado, burned on July 22, throwing off a plume of black smoke that could reportedly be seen from 30 miles away.

The Fort Lupton Fire Department said that the blaze from the “tire mountain” was likely to be “a prolonged incident.”Authorities later reported that the blaze was contained, according to local media, however around five acres of tires were still burning.

Platteville is a small town in northern Colorado’s Weld County.