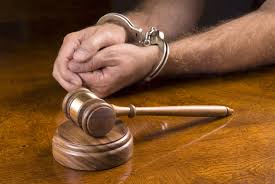 A U.S. District Court judge in Fort Worth has sentenced a man to 55 months in prison for lying to the U.S. Department of Defense about the type of metal his company used inside aircraft parts.

Richard Hyde, the owner of Vista Manufacturing Company, pleaded guilty in August to making a false claim against the United States, the U.S. Attorney’s Office for the Northern District of Texas said.

U.S. District Judge Mark Pittman also sentenced Hyde, 64, to pay a $100,000 fine and to three years of supervised release according to Military.com.

Hyde invoiced the Navy for aircraft components that DOD later found were constructed from a metal different than the one the company said it would use, according to a description of stipulated facts filed in the case.

In August 2014, Vista Manufacturing submitted a bid to the government to provide parts for a Naval Air Warfare Center aircraft, according to the stipulated facts filing. In the $12,897.50 bid, the company included a diagram noting measurements, specifications and descriptions of aluminum alloy 2024.

The government accepted Vista’s bid, and Hyde began seeking manufacturers for 22 wiper back retainers included in the bid.

Hyde found a company that offered to manufacture the parts with a different, weaker aluminum alloy, 6061, for $8,492. Although Vista’s contract with the Navy required that the company use aluminum alloy 2024, Hyde admitted that he accepted the offer and allowed the part to be manufactured with alloy 6061.

Hyde admitted that in January 2015, he had the parts delivered to a Defense Logistics Agency distribution facility, the U.S. Attorney’s Office said. He invoiced the DOD for $12,897.50 and received the payment. (Pittman also sentenced Hyde to pay that amount in restitution.