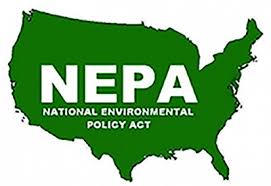 The NEPA permitting law requires agencies to carry out detailed environmental reviews for major projects. But President Trump has argued that environmentalists and so-called “greens” have used NEPA to become a weapon to stop or delay pipelines, highways and other infrastructure projects.

Under the changes announced by President Trump during a speech to a UPS facility in Georgia, the new regulations will provide certainty for project sponsors. They will also speed up the environmental review process and were recommended by the Council on Environmental Quality. 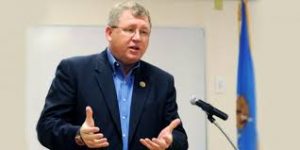 “Today’s NEPA reform is a return to a more streamlined process, cutting bureaucratic red tape and allowing for infrastructure and economic development projects to come online faster, all while ensuring we continue to protect and maintain the highest standards of environmental stewardship,” said the congressman in a statement from his office.

He said under current regulations, many economic development projects n his third Congressional District are often delayed or restricted, hindering the positive impact of the critical projects.

“ I applaud the Trump Administration and the CEQ for their efforts in making the NEPA work as efficiently as possible for my fellow Oklahomans, and for continuing to bring our regulations into the 21st century,” said the Congressman.

The American Petroleum Institute joined Lucas in praising the President’s move, saying it welcomed the improvements which reduce “red tape slowing critical infrastructure projects and job creation across the country.”

“NEPA modernization will help America streamline permitting to move job-creating infrastructure projects off the drawing board and into development,” API President and CEO Mike Sommers said. “Today’s action is essential to U.S. energy leadership and environmental progress, providing more certainty to jumpstart not only the modernized pipeline infrastructure we need to deliver cleaner fuels but highways, bridges and renewable energy.”

The policy overhaul is considered to be a major win to the energy industry on the heels of a series of blows to energy projects, including court setbacks for the Keystone XL and Dakota Access pipelines, and the cancellation of the Atlantic Coast project.