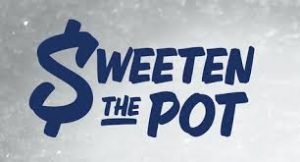 The Alberta government is weighing whether it should intervene in an ongoing U.S. court case involving the Keystone XL pipeline.

James Rajotte, the province’s senior representative in Washington said, “There’s a dialogue going on internally.That’s something the government of Alberta will decide going forward.”

Alberta Premier Jason Kenney has sweetened the deal for Keystone builder TC Energy to continue with the project despite a decade of delays and cross-border legal hang-ups according to a report by POLITICO.