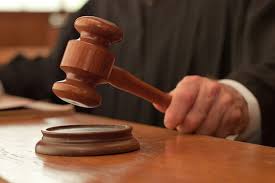 A U.S. federal judge has rejected the latest effort by Dakota Access, LLC, to avoid a court-ordered shutdown of its 570,000-barrel-per-day oil pipeline, paving the way for the company to file an appeal with a higher court.

The decision marks the latest legal twist since the U.S. District Court for the District of Columbia last week ordered the largest oil pipeline out of North Dakota to shut and empty within 30 days because of a faulty environmental permit.

Dakota Access had asked the court to stay its order pending a legal challenge – a measure that would have bought it more time to comply – after the court had rejected an emergency request for reconsideration.

District Judge James Boasberg said in a hearing he would not reconsider his order but would allow Dakota Access to negotiate with Native American tribes on granting more time to shut and empty the pipeline.

A portion of the line runs under South Dakota’s Lake Oahe, a drinking-water source for the Standing Rock Sioux tribe, which long opposed the pipeline.

Dakota Access said it would prefer the judge deny the request outright so it could pursue its appeal in a higher court.

“We want to get to the D.C. Circuit (court) to be able to seek a stay if your honor won’t give us one,” David Debold, a lawyer for Dakota Access, said at the hearing.

Boasberg said he would do so by the end of the day.

Dakota Access, controlled by Energy Transfer LP, says it would lose $2.8 million to $3.5 million each day the line is idled in 2020 and as much as $1.4 billion for the whole of next year. Purging the line, which runs 1,172 miles (1,886 km) from the Bakken shale region in North Dakota to Patoka, Illinois, would take about three months and cost roughly $27 million, it said.