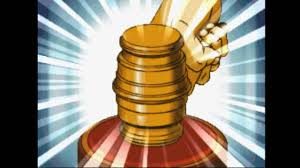 A federal judge has reinstated the Obama-era methane venting and flaring rule, after ruling that the Trump administration “engineered a process to ensure a preordained conclusion” to repeal the rule.

The Bureau of Land Management’s 2016 regulation established methane leak detection and repair requirements for oil and gas production on federal lands, and in 2018 BLM under Trump repealed many of the rule’s key provisions.

POLITICO reported that in the Wednesday night ruling, the judge blasted the Trump administration’s “backwards approach to rulemaking” in her ruling . The repeal violated NEPA, the Administrative Procedure Act and the Mineral Leasing Act, she wrote. “In its haste, BLM ignored its statutory mandate under the Mineral Leasing Act, repeatedly failed to justify numerous reversals in policy positions previously taken, and failed to consider scientific findings and institutions relied upon by both prior Republican and Democratic administrations,” Judge Yvonne Gonzalez Rogers of the U.S. District Court for the Northern District of California wrote.

Rogers concluded that leaving the repeal rule in place would cause more environmental harm than reinstating the 2016 rule and that the legal errors are “far from minor.” She ordered the repeal vacated, but agreed to a 90-day stay of her order “for the parties to determine next steps.” That may include reviving litigation over the original 2016 rule in a federal court in Wyoming.

The Interior Department did not immediately comment , but Jim Murphy, director of legal advocacy for the National Wildlife Federation, said in a statement Interior “should take stock of this ruling and rethink its myopic and destructive pursuit of energy development at all costs.”