Oil and gas, highways, drones and eminent domain to be studied by Oklahoma legislators 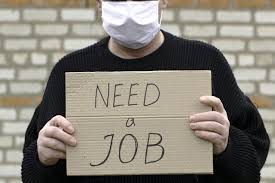 Both states had unemployment rates below the national rate of 11.1%. Nonfarm payroll employment in Arkansas rose by 23,700 in June, an increase of 2%, while the national total rose by 3.6% reported Arkansas Business.

From February — before the worst of the coronavirus pandemic’s effects began to be felt in the United States — through June, “the net decline in Arkansas payroll employment was 5.7%, while the U.S. total showed a decline of 9.6%,” economist Michael Pakko noted on his blog, arkansaseconomist.com, earlier this month.

“Employment gains continued to be concentrated in the sectors that were most affected by pandemic-related shutdowns,” said Pakko, the chief economist and state economic forecaster at the Arkansas Economic Development Institute at the University of Arkansas at Little Rock. Employment in the retail trade sector rose by 10,300 in May and June, almost completely offsetting the April decline, he said. The leisure and hospitality services sector added 8,500 jobs in June, but remains far below levels of a year ago.

Oklahoma lost an estimated 2,100 jobs in June and as OK Energy Today reported last week, the numbers in the sector that includes oil and gas jobs were stunning. Oil and Gas lost more than 15,000 jobs since June of 2019.