Funding energy and water agencies—House to decide this week 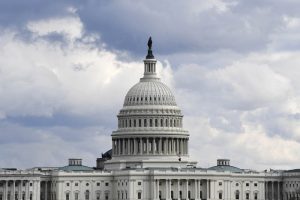 Oklahomans in the House will have some decisions to make this week regarding energy and water development appropriations for the coming fiscal year.

POLITICO reported the House will vote this week on Energy and Water Development and Related Agencies appropriations for fiscal year 2021 as part of a series of spending bills comprising a $1.4 trillion plan ( H.R. 7617 (116)). The bill would boost energy and water spending programs to $49.6 billion, a 3 percent increase accounting for nearly $1.3 billion. The House Rules Committee will meet at 2 p.m. today to sort through the dozens of amendments filed.

The vote comes after the House passed the first tranche of spending bills Friday. That four-bill, $259.5 billion effort included more than $9 billion for the EPA and nearly $14 billion for the Interior Department. That bill also passed with an amendment blocking the Trump administration’s national air quality standard for particulate matter, or soot, another preventing oil and gas leasing in the Arctic National Wildlife Refuge, and one that prohibits offshore oil and gas leasing after 2022.