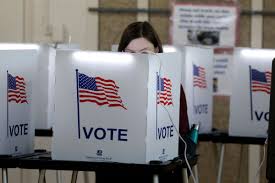 Final figures from the Oklahoma Election Board show Hiett, who is seeking his second full-term on the Commission ended up with 266,061 votes while his challenger, Harold Spradling received 90,631 votes.

Spradling, 85 had previously attempted to unseat Corporation Commissioner Bob Anthony in the 2018 election and failed.

The Election Board results showed Hiett received 24,948 absentee mail votes while Spradling picked up 7,225. Another 13,226 in early votes went to Hiett and 4,431 went to Spradling.

On Election Day, 78,975 voters cast their ballots for Spradling while 227,887 statewide votes went for Hiett.

Now Hiett has to deal with one opponent in the general election—Libertarian Todd Hagopian, a company president from Bixby.