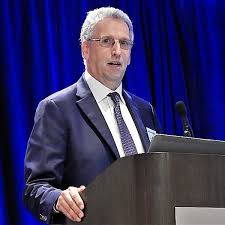 Oklahoma Corporation Commissioners aren’t the only regulators dealing with delays of hearings and a backlog of cases. Consider the Federal Energy Regulatory Commission where Commissioner Richard Glick said this week it will be “almost impossible” for the agency to respond to requests for rehearing within 30 days as required by the D.C. Circuit Court of Appeals.

Glick made the comments this week during a virtual conference on wholesale market reform hosted by the American Public Power Association. He responded after the court ruled that FERC could no longer postpone rehearing decisions on natural gas projects by issuing tolling orders. FERC has asked for a 90-day stay.

The Federal Power Act (FPA) and Natural Gas Act (NGA) enabled FERC to delay ruling on a rehearing indefinitely, waiving a 30-day period required for rehearing requests and preventing stakeholders from litigating commission orders. Glick suggested Tuesday Congress modify the NGA and FPA to give FERC anywhere from 45 to 120 days.

Stakeholders had long been frustrated with FERC over the lengthy delays various orders sit through while awaiting regulatory review.

Groups can request a rehearing 30 days after FERC issues an order, which gives FERC another 30 days to approve, reject or delay the order, under the FPA and NGA. However, it became common for the commission to continuously delay, or toll, those orders, creating situations where landowner complaints over a contentious pipeline proceeding would be stuck in a “purgatory” of rehearing requests while developers moved forward with the project. 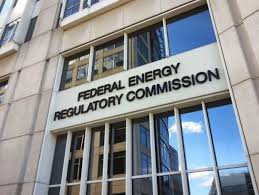 However, the D.C. Circuit’s ruling, which Commissioner Glick agreed on Tuesday applies to the FPA as well, puts FERC in a precarious situation, he said.

The court found “30 days means 30 days,” said Glick. “The problem with that is that we have an enormous number of recurring orders and it’s really almost impossible if we’re going to continue to issue rehearing orders at the same pace for staff to be able to adequately work on these orders.”

Glick said modifying the FPA and the NGA to give the commission 90 days to respond to a request for rehearing would likely be the most reasonable action for Congress to take. He also suggested allowing repetitive requests for rehearing to expire could speed up the process and open up bandwidth.

Other former FERC commissioners echoed Glick’s concern earlier this month, telling Utility Dive 30 days would not be enough time to address all the issues in the queue, and would likely lead to some requests getting legally denied as a consequence.

Glick and Chair Neil Chatterjee issued a joint statement on July 2 calling for Congress “to consider providing FERC with a reasonable amount of additional time to act on rehearing requests involving orders under both the Natural Gas Act and the Federal Power Act.”

Specifically, Glick said, he would like to see Congress give the commission between 45 and 120 days, with 90 days likely being the sweet spot. “I tend to think 90 days is a good number,” he said, adding that timeframe would still hold FERC’s “feet to the fire” in terms of getting orders out.

Chatterjee said he stood by the joint statement he and Glick made, but that he wouldn’t prescribe any particular strategy to Congress.

“In terms of what exactly any potential legislation would look like, I defer to Congress,” he said in an emailed statement to Utility Dive. “Of course, as always, the Commission is happy to work with Congress as desired and helpful, and we appreciate their attention to this very important matter.”

Glick also said the commission should reconsider how it handles requests for rehearing more broadly, in an effort to be more efficient.

In “a lot of cases, rehearing requests are filed by … parties that essentially repeat the same arguments they made before the original order went out,” he said. And in FERC saying they’re going to address all arguments, even repetitive ones, the whole process “takes forever,” he added.

“I think what we should need to do in those cases where nothing really new has been said or argued in the rehearing request is just say, ‘You know what, we’re just going to let it slide,'” allowing the request to expire legally within the 30 days.

“To me, that would solve a lot of our administrative issues of not having enough staff and resources to address all the rehearing requests we get in 30 days,” he said.